06/09/2017. She grows up in a small German village in the Banat, in the middle of remote hill country in Romania. In her loneliness she begins to speak to the plants, and they become her best friends. Later on she moves to the city, wanting to learn Romanian, speak it, and understand it. After school she begins studies in German and Romance Studies, and later earns her crust as a translator in a machine works. At some point she is asked if she could write reports about one or another of her colleagues. She simply can't. She refuses. And from then on they make her life a living hell. They denounce her as a whore who sleeps with Arabs. The take her office away. They want to throw her out. She should, however, herself resign. She doesn't give them the pleasure. She sits, day-in, day-out, on a step in the factory and translates texts that nobody needs. And that's how she starts to write. All her colleagues avoid her. They're scared of being caught in the jaws themselves. She has no friends either. She doesn't really have anybody. And yet she's never alone. She is constantly followed. Over and over again they pick her up and interrogate her. On one occasion they take her into the woods. There's nobody to be seen. She is to get out. They also get out. And that was it. But it was only a final warning. They drive off and leave her in the woods.

This story is a short summary of the early life of Herta Müller, the Romanian-German Nobel Prize Winner for Literature, who made the communist dictatorship in Romania the subject of her books. On his journey through Romania Pascal is constantly reminded of her, her biography, and her audio book Always the Same Snow and Always the Same Uncle: Selected Speeches and Essay – of this strong woman who wouldn't let herself be broken. And who is also an example for Pascal of how to believe in himself and complete this journey. For if you think about what this woman had to go through, and how easy we really have it where we are today, the physical exertion of the journey suddenly becomes more bearable.

Punctually, at around 09:00 in the morning, Pascal set out on his way. And it currently looks like he's doing very well. Today he paddled exactly 70 kilometres. Thereby once again topping the length of yesterday's stage and reaching a new top value. Hats off! And again the Danube provided a great show of love. It is currently offering Pascal constant current, easing paddling for him. In addition to this, a light tailwind and comfortable paddle temperatures, with Pascal even paddling in a long-sleeved shirt for the first 30 kilometres. It's working. And then the width of the Danube: it seems to go on indefinitely. Truly impressive.

Amongst the isolation, the sparsely populated region with its natural riverbanks, and the many sandbanks in the Danube, Pascal has realised something in the past few days: he has been seeing significantly less plastic waste. And it's ever clearer to him how we are actually treating the planet. For the nature that gives us life, makes life possible for us, doesn't really need us. But we rely on nature and treat it so shamefully.

Pascal took two breaks today, after 30 and after 45 kilometres. But he didn't rest for too long. There were still lots of kilometres to cover. He barely saw a person, and certainly none to talk to. There were fewer islands today, but those there were were large and long. The Calnovat Island, which he reached shortly before the end of his stage, measures, for example, around ten kilometres in length.

After paddling around 50 kilometres, on the Romanian side the small harbour town of Corabia appeared. The town's name traces back to the remains of a sailing ship from Genoa, which was apparently called the Corabia. The town experienced a great booming under Communism. Factories arose from the ground, many of which, however, being forced to close after the fall of the Eastern Bloc. In the town today there is the remains of a castle, a statue of Alexandru Ioan Cuza, who laid the foundations for the later state of Romania, and the orthodox "Holy Trinity" Cathedral, one of the largest churches in Romania.

After exactly 70 kilometres the paddling was done for the day. Pascal saw an idyllic place to land from the river, just before the town of Somovit. He had already fought up to river kilometre 609, and, in so doing, cracked the 1,850 kilometre mark. As he hadn't booked any accommodation, it's again time for camping. And so Pascal pitched his tent, laid out his sleeping mat and sleeping bag, and, in the evening, enjoyed a dinner he made himself with a view of the Danube in the middle of peaceful and beautiful nature. And he was again rewarded with a beautiful sunset. Enviable.

Pascal and I once had the chance to see Herta Müller live at an event in the Literaturhaus München. She is a very small, graceful older lady. As soon as she began to speak, we instantly sensed an aura, the character, a sense of confidence, that, in the end, broke the Romanian Securitate. Despite death threats the secret service could not break Herta Müller. "If I do that, I won't be able to live with myself anymore." she thought to herself when the secret service attempted to recruit her. In 1987 she was finally able to travel to Germany. She was interrogated for days by the West German Federal Intelligence Service (BND) and Office for the Protection of the Constitution. She was suspected of being a Romanian spy for the Securitate. An irony of history. The Securitate was dissolved in 1990. It was one of the most brutal secret services, comparable with the KGB or the Stasi. According to estimates, around 200,000 people lost their lives during its reign of terror. More information on it has only emerged slowly in Romania. Up to 2015, only a portion of the former leadership had been exposed. They found well-compensate positions in business and politics. Yet another irony of history.

Tomorrow there is another long stage for Pascal as he travels to Svištov. TF 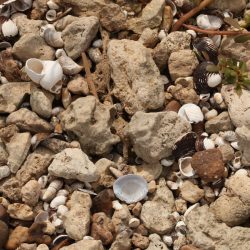 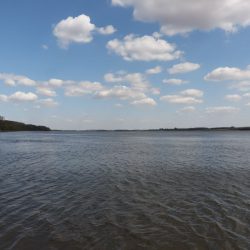 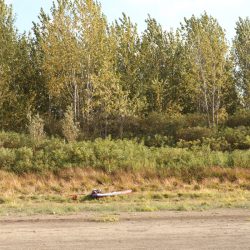 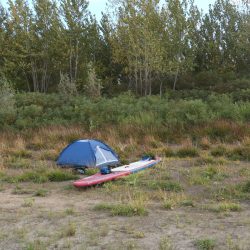 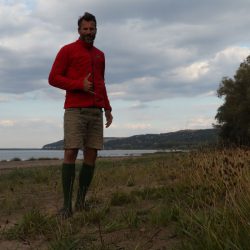 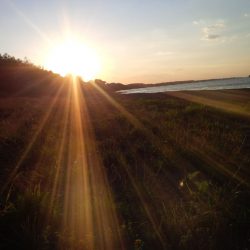