03/09/2017. 500 years. No other European country was ruled for so long by the Ottomans as Bulgaria. Until 1878 the half-moon flag flew on the countries roofs. For a long time Bulgaria was considered unexplored by the Western Europeans, foreign, even, oriental, the very edge of the civilised world – "the least known area in Europe". Today Turks still constitute a significant minority in Bulgaria. They make up close to 10% of the Bulgarian population, and their party often holds the balance of power when it comes to forming a government. In addition, there are Pomaks, Tatars, and Circassians, who are also of Muslim backgrounds. The greatest mark on the culture, however, is, as before, that of the Byzantine-Orthodox Church; it's not for nothing that many Bulgarians consider themselves preservers of Byzantium. It is a colourful land of different people, and this is Pascal's first ever visit to it.

Even though Pascal again had a solid bed underneath him, yesterday he was unable to get any proper sleep. A group of young writers debated deep into the night beneath his window. In addition to this there was the great heat and the lack of curtains. So this morning he was a little tired, the one or two glasses of wine from the evening before had likely also played their part. He extends hearty thanks to Sergiu from Port Culturale Cetate, who made the spontaneous stopover in the culture centre possible.

Today, Pascal, on a whim, decided to paddle to Vidin. It was more or less a "Sunday stroll" on the Danube. Vidin is only around 20 kilometres from Cetate, so Pascal only needed 2 hours 45 minutes for this stage. It's a stretch that now presents no real difficulties for him. After paddling almost 1,700 kilometres his body has properly adjusted; he has sufficient basic endurance and his muscles, sinews and bones have also got used to the daily physical activity.

At 10:45 Pascal set off. Shortly after Cetate the Danube again pulls into a long bend to the South-West. And from here Pascal could already see Vidin's large bridge. Before the bridge there is a small island in the middle of the Danube, and at this point there was another whistling from the bushes. A Bulgarian police officer emerged and Pascal showed him his papers. The police officer was extremely friendly and explained to Pascal everything that he needed to know; where and how in Vidin he can declare himself in Bulgaria. Pascal continued on his way and landed in Vidin a little later on.

As is so typical for the region, two cities lie across from each other at this point, so-called Danube twins. If this case on the Romanian side there is the small town of Calafat, which was founded by traders from Genoa in the 14th century, who were then a great sea and trade power, and the main competitors of the Venetians.

Vidin, on the Bulgarian side, was already a settlement in Celtic times, and later an important town in the Roman province of Moesia, ruled by the Ottomans for a long time, and later by Bulgarian Tsars – as is true of so many areas in South-East Europe, a varied history. The most important sight to see is the Baba Vida fortress, already built at the time of the Romans, and lying directly on the Danube. Earlier there were around 25 minarets in the area, but only one remains today. This minaret, however, has a special spire: it is not, as is typical, decorated with a half-moon, but, instead, with a heart – as a sign of the tolerance that the former pasha wanted to encourage between the regions different peoples.

In Communist times, heavy industrialisation took hold, via, among other things, the creation of a large chemical works. Most jobs still depend on the factories today. In general the region has to fight against a large skills shortage, with, above all, the area's young and educated people turning their back on it.

New hope for an upswing came with the erection of the "New Europe" bridge, which, at a total length of 3.6 kilometres, is the longest of the Danube's bridges. Only a few months after completion in 2012 around 20 problematic points on the bridge had already been identified. The contracts had not, however, agreed upon any liability to recourse, so the repair costs had to be borne by the Romanian and Bulgarian tax payers. It was also impossible to keep further transport connections and development of the local economy on track with the bridge's erection. So the bridge is also often called the "Bridge to Nowhere". Interestingly, at the narrowest point in Vidin, and in the entire region, the Danube is 750 metres wide. Pascal thought back to Passau, where the Danube was sandwiched into a width of 150 metres. The width to which the Danube has extended over the many hundreds of kilometres is really unbelievable.

Pascal was able to deposit his SUP at the landing station, and then set out to officially declare himself in the eighth country of his journey, Bulgaria. A police officer, who spoke very good English, quickly sorted out all the formalities and so, once more, it was time for a brief wait for the customs officers. Once customs officer was also satisfied, Pascal headed to the hotel, which was around 1.5 kilometres from the Danube. Later he took himself on a stroll through the town. He saw two sides to the town: on the one hand, beautiful buildings and lots of statues, but on the other, also much in disrepair. Just as he sat down to enjoy a slice of cake in his hotel the expected rain shower arrived, hopefully cooling the warm air a little. In the evening Pascal simply wanted to put his feet up and, above all, get a good, long rest, for another longer stage awaits tomorrow.

The drive, to seek freedom from the yoke of the Ottomans, really arose, by the way, in the second half of the 19th century. Pan-Slavism, declared on the Russian side, the unification of all Slavic peoples, found great appeal among the Bulgarian populace. Pushkin wrote Slavic streams that should flow into the Russian sea. The 28 year-old Christo Botev, the tragic national hero, was the leader of the revolution. With 200 men he captured the Austrian passenger ship, the Radetzky, and crossed to the Bulgarian side of the Danube. "Long live Christian Europe. Long live Bulgaria!" he cried, when leaving the ship. Three days later he was killed in battle.

The Ottomans sought bitter revenge, and still considered Bulgaria a Muslim country. And hadn't they given them many freedoms? They tolerated their beliefs, they built a railroad, they gave them political co-determination. They had never counted on a revolution. The crushing of the uprising and the atrocities carried out finally provoked the Russian Tsarist empire, which had really only been waiting for a trigger. With a gigantic army, supported by Romanian militias, the Ottomans were finally defeated in the Russo-Turkish war of 1877/78 and Bulgaria was freed. The dream of a Greater Bulgaria quickly disappeared into thin air, however. In the Congress of Berlin the country was divided up: a Tsarist territory to the north, and a principality in the south, which still had to pay tribute to the Ottomans. Bulgaria is a country that definitely awaits you with an exciting history.

Tomorrow Pascal will continue on to Lom, on the Bulgarian side of the Danube. TF 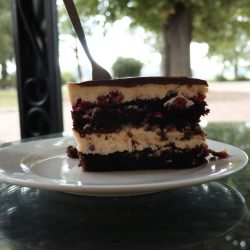 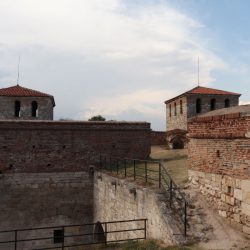 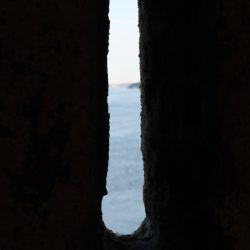 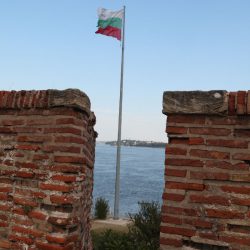 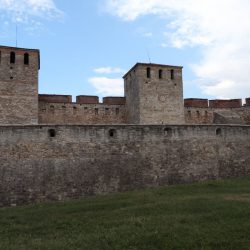 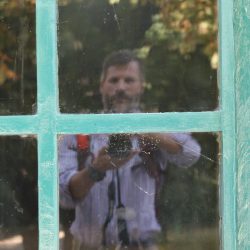 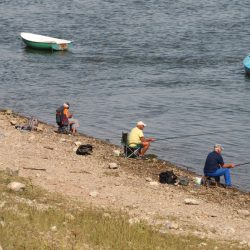 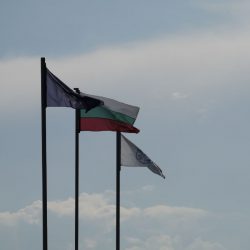 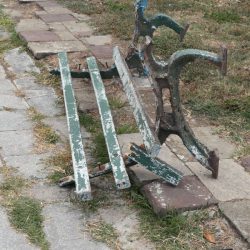 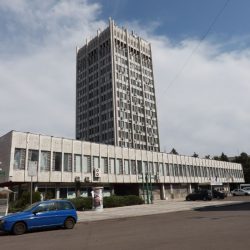 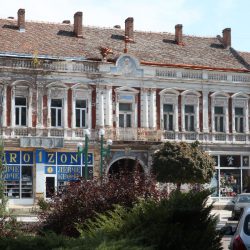 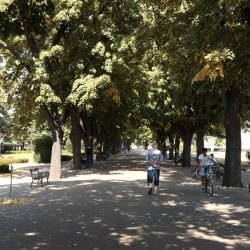 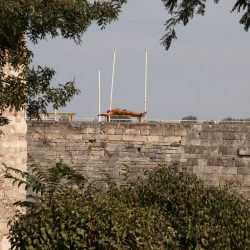 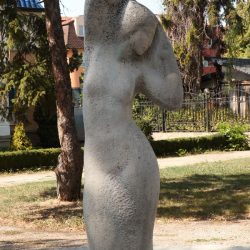 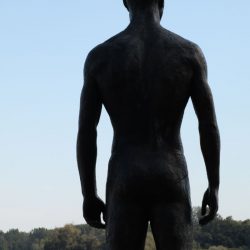 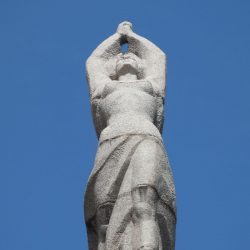 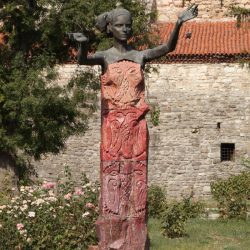 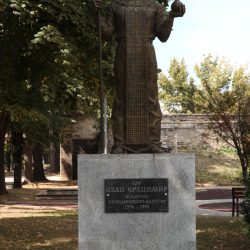 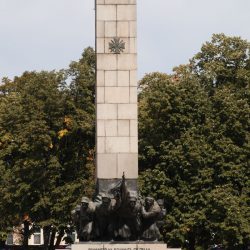 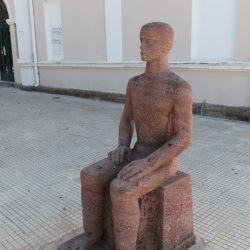 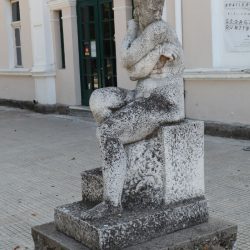 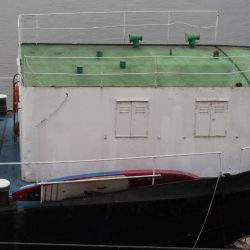 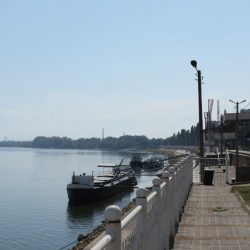 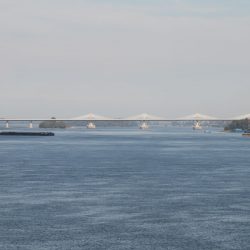 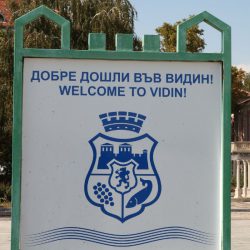 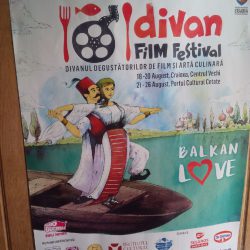