05/09/2017. Right from the earliest stages of their evolution people have been drawn to water. They settled at rivers, lakes, and seas. The water provided them with something to drink, and to eat; it watered their livestock, enabled farming, and ground grain. It is the ultimate lifeline, and it's not for nothing that humans themselves are made up from 70% water. And so it's even more surprising that the northern, Romanian bank of the Danube, that Pascal is currently passing, is so sparsely settled – not to say that it hasn't been settled at all. This southern region of the Walachian lowlands was and still is swampland, an alluvial land, with many bifurcations, tributaries, islands and marshes, which gave little scope for urbanisation. Permanent flooding led to towns and villages being built far inland for protection. The Walachian lowlands are known as the "European breadbasket" due to their nutrient-rich soils. And they also have another delicacy on offer: oil. Walachia is one of the most oil-rich regions in Europe, and heavy battles were fought over it during the Second World War between the German Wehrmacht and the Red Army. It is a region of both hydrological and historical interest, and, in particular, is currently offering Pascal natural riverbanks and a pleasant peacefulness – "its own world" was Pascal's impression at the time.

After a restorative night, Pascal first had to carry out some early grocery shopping, as there was no breakfast in his accommodation. Punctually, at 08:50, he set out, as he knew the length of today's stage. More than 63 kilometres in total. A new record amount. The light tailwind, an overcast sky, and cool temperatures were in his favour. Per kilometre he had to make an average of 223 paddle strokes, whereby today he lay just below the average across all of the stages. Pascal had already planned the stage in his head; he would do two stretches of 25 kilometres, and then paddle a further ten kilometres to the end, taking a brief break in between each stretch.

Just like yesterday, it was a lonely stage for Pascal. Towns and villages seldom appeared on the banks of the Danube. The Danube is once again boasts an incredible width. It felt more like a sea than a river. Smaller streams, like the Tsibritsa or the Ogosta, flow into the Danube. But they were barely visible to Pascal, as they're immediately sucked into the Danube. It is like a long run during marathon training; psychologically important above all else, and during the large amount of time for contemplation it pays to remain calm and relaxed. Pascal benefited from the current available, and was able to reach average speeds of nine to ten kilometres per hour. He took his recovery breaks as planned.

Just before Kozloduj, after around 40 kilometres of paddling, the Radetzky Ship suddenly comes into view. It is a reproduction of the original steamship made by the Danube Steamship Company, now become legendary. In the war for an independent Bulgaria in 1867, the people's hero, poet and freedom fighter, Christo Botev, commandeered the ship, made it to the other side, and fell in battle three days later. Interestingly Botev even apologised to the passengers for the inconvenience. For they had no other alternative to cross the river, nowhere was there a bridge crossing the Danube. Today the ship is a museum that tells the story of Christo Botev's tragic fight. We already mentioned Botev's story a few days ago in this blog.

The following town of Kozloduj stands under the mark of Christo Botev. In his memory there is a statue with the inscription "He doesn't die", trees are planted in the shape of his initials, and Botev days take place annually with a march imitating that started by Botev after landing on the other side of the Danube, and that ended after around 85 kilometres with his death. Kozloduj is important to Bulgaria for power technology reasons. Only two of the once six blocks of the nuclear power plant are still in operation. The majority of the local inhabitants work in the power plant. Earlier towing was the main source of income for the town.

Shortly after Kozloduj the Danube awaits with a beautiful river meadow landscape, small tributaries and two large islands.  The route markings on the water have been partially overgrown with grass and small bushes. Navigation is therefore made a little more difficult. On one of the big islands Pascal suddenly saw three people – to his great surprise, with a German flag. Who these men were already interested Pascal; perhaps there was the chance of a short chat. And so he landed. In some ways they looked like three fishermen, at least, they had set out 18 fishing rods, but in some ways also not. The older man explained in his broken German that he had in-laws from near Erding. Another told Pascal, to his great surprise, that he had already seen him in Cetate and that he was a police officer. The told him that he was on a Romanian island.

Their fishing rods were equipped with a transmitter. As soon as a fishing rod moved, mostly if a fish had bitten on, then this was displayed on the control device. To Pascal's irritation they had somehow leashed a grass carp that they had already caught in the water so that, as they explained, he wouldn't die. Pascal expressed his displeasure at the fact that this was surely not good for the poor fish and that he was suffering. Pascal gave the men his beer mat and paddled onwards. Pascal couldn't really figure the three out and he was really amazed that one of them had already seen him. Or, after the many kilometres alone, is Pascal now suffering from the first symptoms of paranoia? Perhaps it's the secret service on his tracks? He himself had to snigger at his own thoughts and paddled onwards. The men also told him that apparently two further SUP-users lay two days behind him. Pascal felt that he hadn't seen any more paddlers for an eternity, whether on an SUP or a kayak.

After a further ten kilometres Pascal finally reached his day's goal of Orjachowo at around 16:00. Once again it was an eventful landing with a small climb. As always over the past few days he had already stopped a few hundred metres before to check on his phone where he was to land. Orjachowo is a town built on terraces, which awaits you with an historic museum, the Church of Holy Dimitar, and a beautiful view over Walachia and the upcoming steep banks of the Danube. From here there are fewer than 700 kilometres to the Black Sea. Pascal's summary for the day: he feels really good; his body's bearing up and, most importantly, until this point he hasn't sensed even the trace of a chill, cold or similar. On the water, particularly in his current isolation, with a view over the many sandbanks and islands, he feels like he's in his very own world. It must be said, it's working. In the evening Pascal will go high up in the area to get a good view and take a few pictures. After that he will put his feet up, as another long stage is planned for tomorrow.

The historical region of Walachia arose from a fight for freedom in the 14th century, when Basarab I conquered Hungary and declared independence. Later the Ottoman influence clearly won the upper hand. The vassal states of Walachia and Moldau were considered by the Ottomans as "our eyes into Europe". The Russians first placed Walachia under their protection at the end of the 19th century. In the end it was never a kingdom, but really rather an administrative unit with changing rulers, and, however, stable borders. Because of its distance from the great empires, it was always a peripheral area. In 1859 Alexandru Ioan Cuza unified Walachia with the Principality of Moldau, this creating the basis for the later state of Romania. Today, with the capital city of Bucharest, it represents the heart of Romania. Those in our fields really know very little about Walachia, however. The one reference point is often from the saying "This looks like Walachia." This is meant to signify a far-away, inhospitable place or – as I heard so often as a child – that you should tidy your room again. And the picture that many people have of Walachia is likely similar to that found in the saying. The solution? Perhaps make your own picture.

Tomorrow Pascal will continue on to the small town of Zagrazhden. We'll see if he finds somewhere to stay there, otherwise it will be time to camp again. TF 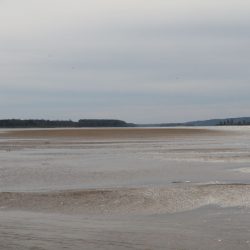 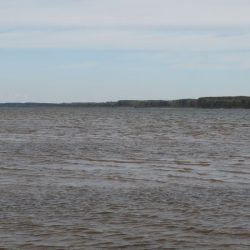 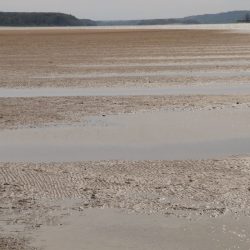 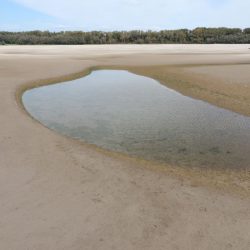 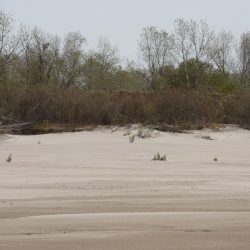 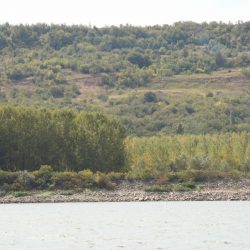 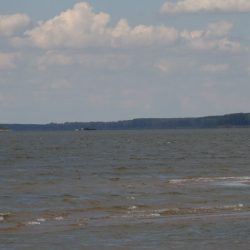 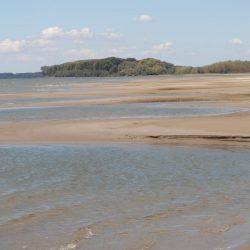 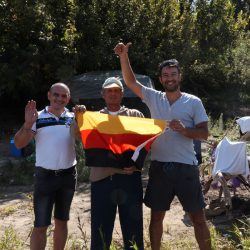 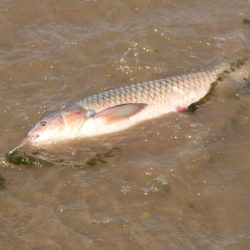 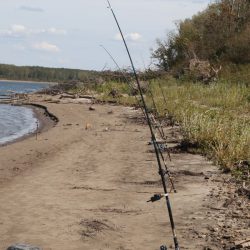 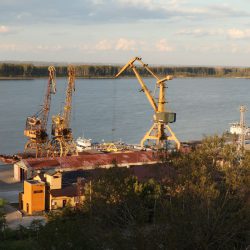 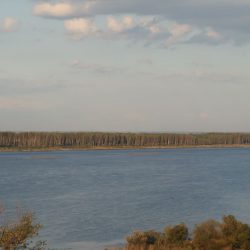 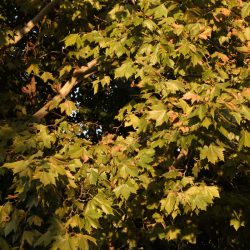 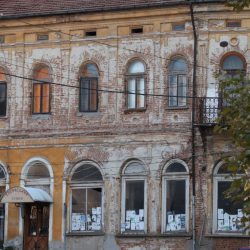 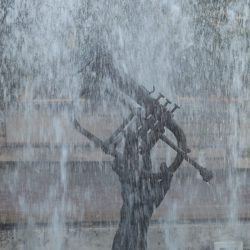 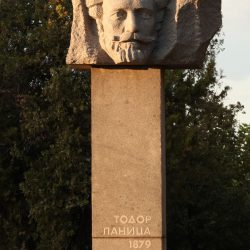 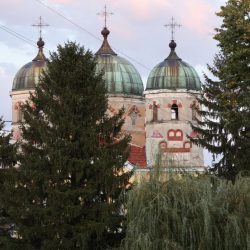 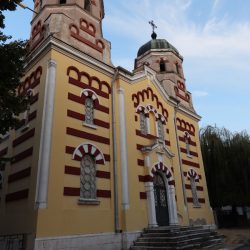 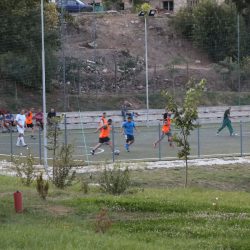 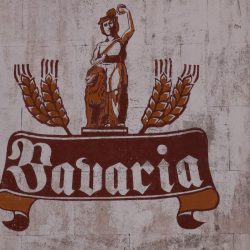 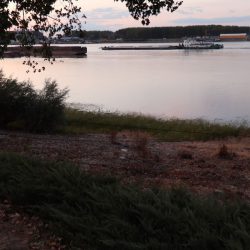 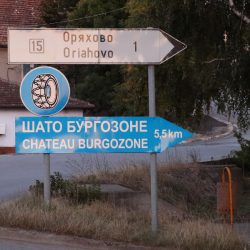