04/09/2017. If we think about Bulgaria, Romania, Serbia and the rest of the Balkans, regions that Pascal has been paddling through for weeks, then you can't avoid one particular topic, the treatment of the Sinti and Roma. Headlines on the topic are generally thought-provoking or sad. And somehow we can sense that we probably carry one cliche or another of this people group within ourselves. But if we ask the question of what we actually know about the Sinti and Roma, regarding their history, their traditions, where they come from, what they do, the answers soon dry up. Migration to Europe, serfdom, suspected as spies, outlawed, refusal of residence, forced deportations – all of these characteristic dynamics had already begun in the late Middle Ages and explain, for example, the permanent migratory movements of this people group. The racial politics of the Nazi era had catastrophic effects. And after this horror had ended for many people with the end of the Second World War, the discrimination continued for the Roma. They were rarely allowed back to their original places of residence. They were quite purposefully forced to town peripheries. A topical book by Karola Fings (Sinti and Roma. The History of a Minority) describes, over 120 pages, the tragic history of the Sinti and Roma, but also the glimmers of hope stemming from ever more citizens' initiatives. Pascal's goal for the day, the small town of Lom, is an important centre for the Roma, with the majority of the inhabitants belonging to this people group.

In the evening Pascal found out that is accommodation in Vidin used to be a Turkish bath house. He had already wondered why the rooms were bigger than his entire flat. Finally, after some rather so-so nights, he was able to get some good and restful sleep, a real relief. After breakfast in the morning he walked back from the centre to the banks of the Danube, and already noticed the rising wind in his face on the way, unfortunately blowing in the wrong direction.

At 09:30 Pascal set off and today's stage truly ran under the motto of "gone with the wind". The first kilometres were very difficult for Pascal; the wind blew into his face and he could only reach speeds of five kilometres per hour. The first concerns about the length of the stage came to mind. His hope was that the wind would perhaps turn in the next long curve, which was to follow soon.

Around ten kilometres after Vidin the Danube takes a long curve and flows in an easterly direction – an important point, as it will not depart from this direction for around 400 kilometres. This is due to the massive Balkan Mountain chain, also running around 100 kilometres to the east; the Danube can't penetrate the stone of its precursors and so the mountain chain and the Danube run in parallel through northern Bulgaria. Bulgaria really is a land split in half as regards the Danube. The Danube-facing north is cut off from the south by the mountain chain. As a result, in the south they turn to the Aegean Sea, and the majority of Bulgaria's ten million inhabitants live in this part of the country. The north, on the other hand, is sparsely populated and very agricultural.

The curve brought Pascal the hoped for change; the wind turned and he was finally pushed on. The tailwind was so strong that small waves were even forming for Pascal to almost surf along the Danube on. And so he took a few steps back on his SUP to best make use of the little waves. With speeds of up to 13 kilometres per hour he was now progressing well.

The Danube again displayed an impressive width today, with the route often punctuated by small islands and sandbanks in the Danube. For Pascal this was a fairly lonely stage; on the Bulgarian side he passed precisely three small villages on the way to Lom. On the Romanian side there was not a trace of any settlement to be seen. And that will be the case until, at river kilometre 630, there's once more a village directly on the Romanian side of the Danube. He only caught sight of a few barges and passenger ships. Pascal doesn't let it worry him. For to be in nature, to enjoy the peace and quite, to let his thoughts roam free; there were exactly the things, alongside the main aim of protecting water landscapes, driving his intention to paddle to the Black Sea. Pascal can still find accommodation on the Bulgarian side and, if necessary, he can be flexible in this regard due to his tent. Today Pascal used the many idyllic islands and sandbanks for a total of three short breaks.

The wind turned again over the last five kilometres and Pascal now had to fight with cross winds. This meant he had to paddle on one side with renewed energy, otherwise Pascal would have been carried across the Danube. At around 16:00 Pascal finally reached his day's goal of Lom. He has now covered over 1,700 kilometres in 400,000 paddle strokes and been standing on the SUP for precisely 250 hours in total. The landing itself was not so easy. First of all Pascal paddled a few metres too far. With the small waves and the wind it was also relatively hard to paddle back. And then there was also the challenge of climbing the height of the quay wall; no easy challenge but Pascal managed it nonetheless. A further stage of around 50 kilometres on the way to the Black Sea was thus successfully completed.

Lom is a town which, apart from a small old town centre, doesn't really have much to offer. It is really characterised by dilapidated buildings, socialist prefabs, and old harbour facilities. Pascal could once more see many contrasts. For the most up-to-date satellite dishes had been fitted to the dilapidated houses, and he could see people surfing on the latest smartphones. The harbour itself had once been of great importance for trade with Austria-Hungary. The town dates back to the Thracians, and later the Romans, who built a fortress called Almus here. The local beer still bears the castle's name. Perhaps Pascal will be able to sample some in the evening.

Of the 30,000 inhabitants of Lom, a total of 18,000 are Roma. If you think of the status and reputation of this people group in Bulgaria, as in the rest of south-east Europe, then you can get an idea of what the current economic and social state of the town is. But there are signs of hope. Many years ago in Lom the Roma founded the Lom Foundation, an aid organisation that supports the Roma in everyday life. Families, for example, are provided with support to send their children to school. Almost all Roma children in Lom can achieve a school-leaving certificate. Some even go on to university. It is definitely the right approach to giving this often misunderstood people group better chance of a dignified life. In comparison to the rest of Bulgaria, but also to many other countries, Lom thereby represents an exception. More programmes for exchange, to better understand others, to combat cliches and stereotypes would be desirable – and that's not just for the neighbouring states on the lower Danube. The P&T motto of the week may work well here: "Doing your best means never stop trying."

Tomorrow Pascal will continue on to Orjachowo, a very long stage of around 60 kilometres. Let's cross our fingers that the wind will blow from behind. TF

PS: We have received a good tip for a documentary film in connection with the film Zen For Nothing from Christine from Chiemgau: www.walkwithmefilm.com. Thank you! 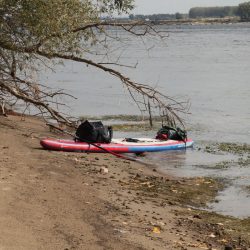 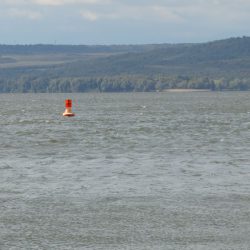 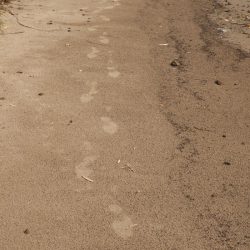 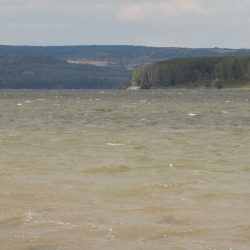 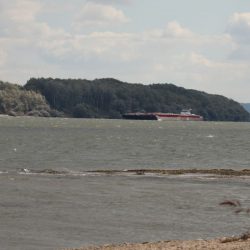 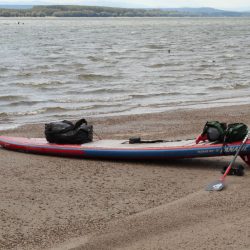 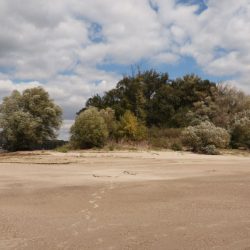 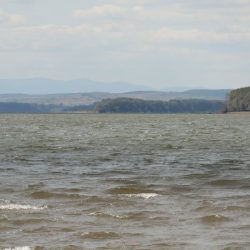 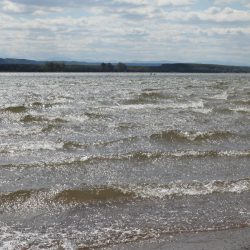 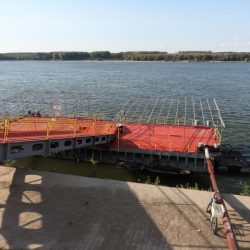 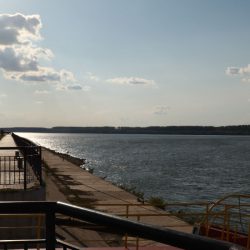 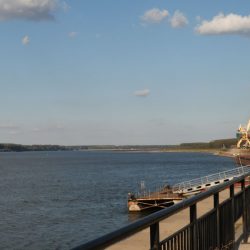 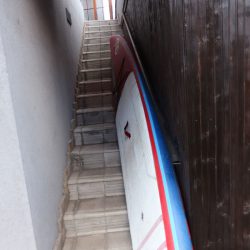