29/08/2017. In antiquity it was known as the "country of wild olives". There are colourful houses, cypress trees, fig trees, chestnut trees. There is the smell of Turkish coffee. And Turkish delight along with it. We are in the Far East. Well, it feels like it at least. More precisely: we are in Ada Kaleh, a small island just before the exit of the Iron Gate. The Ottomans once built a fortress there. For the holy Baba Miskin, a dervish. "The island brings sweet peace to the soul", according to Baba Miskin. Sultan Kaleh, the island's namesake, settled here with his wife Ada. Out of love for whom he even close his own harem. But she couldn't stand the isolation and threw herself into the waters of the Danube. Another sacrifice. As is so often the case. People come by the dozen to holiday here. What a picturesque island. A dream destination. And today Pascal will arrive at Ada Kaleh for it lies directly beside his goal for the day, Orsova. Let's see how he found it.

He set out at around 11:00 and it should have been a fairly short stage of around 16 kilometres. But for Pascal it was an exhausting business. Today he needed 363 paddle strokes per kilometre – a new record value across all of the stages!

First Pascal had around one kilometre to cross right across the Dubova Gulf, and then into the Mali Kazan, the Little Kettle. For around four kilometres the Danube is squeezed to a width of around 300 metres. Just like yesterday, in the Big Kettle, the passageway was full of motorboats, and even a large cruise ship sailed towards Pascal. Pascal felt like he was at Waterloo Train Station.

At the end of the Little Kettle he went on stroke by stroke, with one interesting sight after another. First Pascal passed the picturesque setting of the Mraconia Monastery, located directly on the riverbank. Some of the monastery's ruins are now under water.

Shortly thereafter, on the Romanian side, behind a bridge, came the statue of Decebalus, a 55 metre-high depiction of the former Dacian king. It is the largest cliff sculpture in Europe. A Romanian businessman had it erected between 1994 and 2004 by twelve sculptors. The statue cost over a million dollars. Decebalus was the last King of the Dacians, the territory of which not lies within Romania, and which was captured by the Romans in 106 AD. He is considered to be Romania's founder and is often used today for the creation of a national identity. Pascal himself found the statue cheesy, so he quickly left it behind on the left-hand side.

Then the Danube expands again, leading to a wide lake. Pascal remembered the part of the Ammersee. On the Serbian side a small monument of particular significance appears: the Tabula Traiana. It is a Roman memorial plaque which Trajan, the Roman Emperor in 100 AD, had engraved into the stone. Dolphins, an eagle, roses, and an inscription are depicted on it, made for the occasion of the completion of an important Roman road. The Trajan Road was built in preparation for the Dacian wars. The plaque is no longer, however, in its original position. Before the construction of the power plants the marble plaque was carved out and positioned in a higher place. The section of the Trajan Road now lies deep under water.

An then it happened: shortly after this point Pascal reached the fantastic milestone of 1,500 kilometres. Respect! A fantastic achievement!

At Eselnita Pascal took a short break. And he was completely amazed to suddenly see crystal-clear Danube water beneath him. He could see right to the riverbed. He couldn't understand why the water was so clear here. He made use of the time and relaxed a little, as he know that there were only another four kilometres until the day's goal.

After he had paddled a little further he finally reached the day's goal of Orsova at around 15:00. He landed at the town's very first jetty as this is where his accommodation for the night is.

Orsova was once an important stop for shipping. Many ships docked here before continuing on to the foothills of the Carpathian Mountains with their rapids, created by cliffs and ravines, only passable at high water, something made easier by the regulation and blasting of the river. There is still a shipyard in Orsova today. In 1976 the Church of the Immaculate Conception was built – an exceptional occurrence, for the construction of houses of God was forbidden in Romanian under Communism. Today the town lives, above all, on tourism, as Orsova is the departure point for boot trips into the Iron Gate.

Later ambled from his accommodation at Casa Verde to see Ralf. It was a tip from people Pascal met in his accommodation at Imre's in Dunaújváros. Ralf is an experience kayaker and knows the area really well. And so Pascal was again able to gain some important advice on how to cross the two dams yet to come. "An expert conversation between paddlers" is how he described it. Then he returned to his accommodation, where he will soon enjoy his dinner and a bit of rest. Perhaps Pascal will still hear the sound of the water splashing a few more times today. For opposite Orsova is Tekija, known – no, not for the Mexican spirit – but for the Zlatna Buka Festival. The Buka honoured at the festival is a wooden device that is struck against the Danube. The splashing noise attracts catfish which can then be easily caught.

One thing is a bit odd. Pascal spent the whole day paddling on the Danube. But neither hair nor tail was to be seen of the eastern-influenced, picturesque island of Ada Kaleh. Until 1912 it was a Turkish enclave with bazaars, a mosque, and was famous for its rose-growing. Later Romania and Serbia needed energy, so they decided upon the submersion of the island with the construction of the power plants. The people were offered the chance to move to another island, further up the river. The few who arrived there were the dead, including the bones of Baba Miskin. The majority of the people returned to Turkey. In 1971 Ada Kaleh was finally submerged, sinking into the waters of the Danube, and today it lies 30 metres below the water. There is no trace left of the island. And yet it is a unique part of world history. 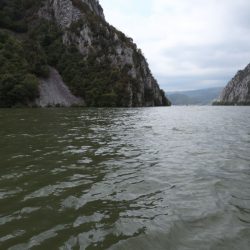 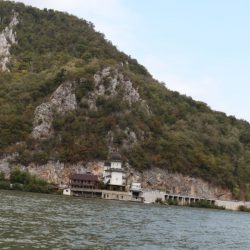 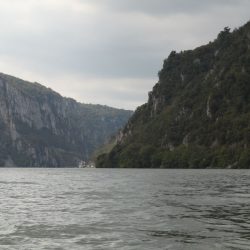 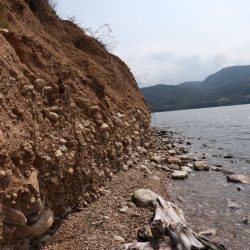 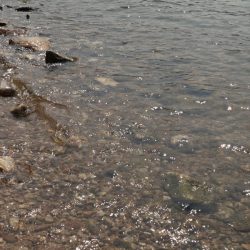 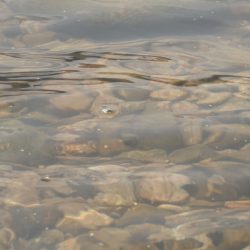 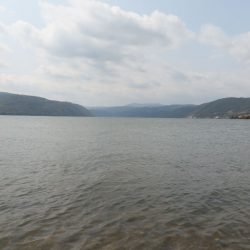 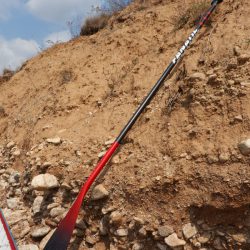 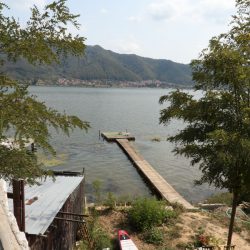 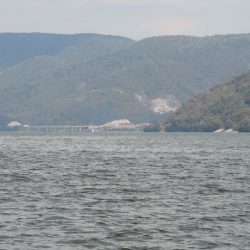 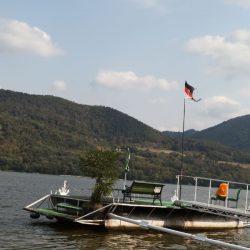 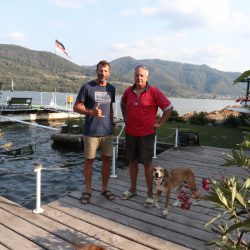 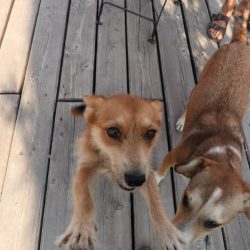 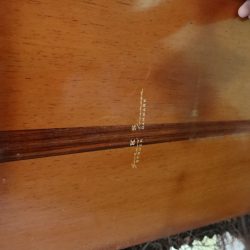 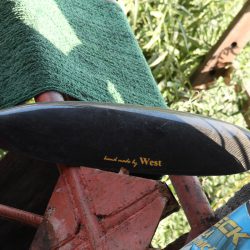 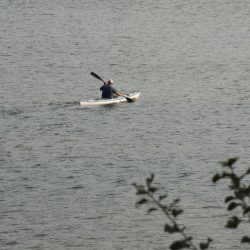