15/08/2017. Today started at 09:30 with the last few kilometres in Hungary, and then straight into the first kilometres in Croatia. And then everything turned out quite against expectations…

An easy first 15 kilometres up to the Hungarian border at river kilometre 1433, then the Hungarian border police stopped him and asked Pascal if he had checked out in Mohács, which Pascal of course hadn't done, as SUPs aren't actually allowed on the Hungarian Danube. The Hungarian customs official took Pascal's details and compared them with those of his boss in Mohács. Despite everything, after a few short minutes Pascal's was allowed to paddle on…

Above all, his beer mats and the website in eight languages (at which point, a big thank you to the Transline translators!!) continue to open up doors and gates for him!

The border crossing into Croatia took place after just one kilometre, at kilometre 1432, and here too Pascal was greeted by the Croatian border police, although the guys were more interested in their fishing. The border authorities explained to him that he officially had to register at Vukovar, at river kilometre 1332, in order to then come back and officially make the border crossing. All involved were aware of the ridiculous nature of the rule and it was agreed that Pascal would paddle on to Batina (river kilometre 1425) and then sort the matter out with the local police chief.

In Batina the police were already waiting for Pascal on the pier, and once again there was a pleasant conversation, this time with the information that customs was actually responsible for Pascal's entry. The customs officer also arrived after a few minutes, but told Pascal that he could not officially enter Batina via the Danube! His suggestion was as follows: Pascal should register himself on the other side in Serbia, and then enter Croatia on foot via the Danube bridge.

Despite all this, Pascal maintained his good humour and rose to the challenge. So in one minute he paddled to the other side of the Danube and tried to register. The local chief had no real interest in Pascal and told him to head to Apatin (Serbia), river kilometre 1402. But after Pascal showed him the SUP Nature Project and the GPS live-tracking on his computer, as well as his German citizenship card, he simply said: 'just go over the Serbian border and back into Croatia.' Pascal did this too and covered 6 kilometres on foot. Over the main road with SUP and rucksack to the Serbian border control, past the line of cars, then on to the ID scanner, and then he was waved on through.

So Pascal marched over the Danube bridge to Croatia, where he was soon greeted by the first Croatian border guard, who only had the bridge in mind, and, what is more, had already been informed about Pascal's arrival. This one at least let himself be convinced to kindly allow the SUP to be deposited on the Danube bridge. Then it was on across the Danube bridge and onto the main road to the Croatian border station. So Pascal once more got into the line of cars and again presented his ID to the customs officer – in front of him was the same customs official that Pascal had already met, on a beeline of just 400 metres away, not even two hours previously, and who had had the brilliant idea for Pascal's march through. So the customs officer scanned his ID and entry into Croatia was approved. Then Pascal took the first turnoff to the right at the roundabout, continued towards the Danube bridge, picked up his SUP, and marched upstream towards his goal for the day.

Pascal was just 150 metres from the place he had already been two hours before!! (By the way, you can very clearly see his Serbian/Croatian rounds on the Livetrack!)

Pascal's experience of this Odyssey clearly displays the futility of borders. The advantage for the SUP Nature Project is that a total of a dozen Croatian and Serbian border officers now know about Pure Water for Generations!

And with that, back to the Danube, and to the water! In the meantime, Pascal has been asking everyone he meets the same question: 'Do you drink the water from the Danube?’ The answer is always the same: 'No, under no circumstances!’ This should give us all pause for thought, and the important question that goes along with it is: 'How can the water of the Danube be made drinkable again?’ It's worth thinking about it.

But the good news at the end: at the end of the day Pascal reached his B&B in Batina and was rewarded with excellent hospitality from Milena and Ivan. Pascal was happy to walk the 6 km today for their warmth and the terrific dinner.

The plan for the morning, the journey continues along the Croatian Danube, which, at 137 kilometres, is one of the shortest sections of the Danube. The river permanently forms the natural borderline with Serbia. The goal, after 40 km, is Aljmaš (English: Apple Village). It is an old, small village where Croats were already settling at the beginning of the 7th century and is also a well-known shrine to Mary. The faithful have gone on pilgrimage to "Our Lady of Sanctuary" in Aljmaš since 1704. Although today Aljmaš is not only attractive to pilgrims, but also to countless tourists and fishermen, who mostly want to spend their weekends in the small village at the heart of nature. TF/DS

PS: For anyone who wants to put their feet up right on the Danube, one or two nights at the hosts' in Batina are heartily recommended! 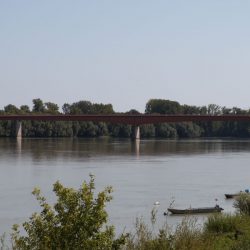 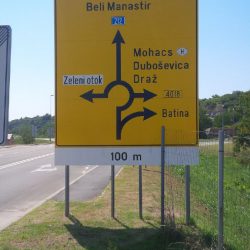 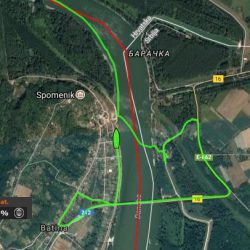 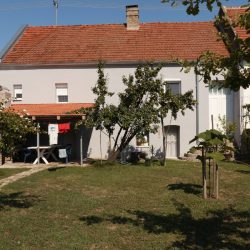 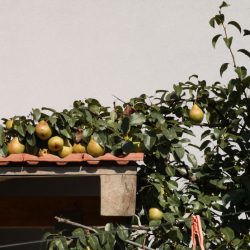 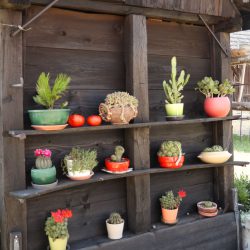 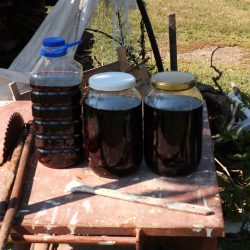 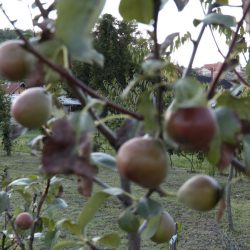 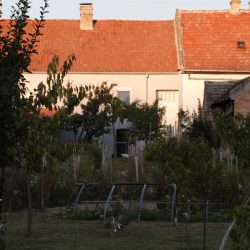 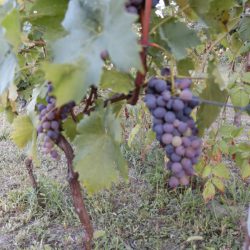 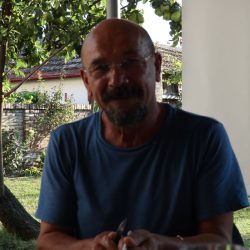 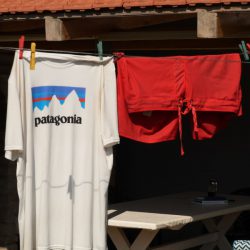